I am out of the office on Friday 21st January.  Orders placed on Friday will be processed from Monday 24th January.  Thank you for your patience.

LED stands for Light Emitting Diode. When a current is passed through the LED it lights up. Unlike traditional filament bulbs LEDs do not get hot and typically last for 50,000 hours plus.

They come in a huge range of shapes and sizes from the tiniest pico LEDs to 10mm bulbs and high power LEDs which are generally several LEDs on a PCB. You even get them in standard household lightbulbs now where hundreds of small LEDs are combined to produce very efficient, very bright bulbs.

LEDs that are suitable for model making are in the smaller sizes, pico up to 10mm LEDs.

LEDs are diodes which means that they only allow current to flow in one direction and block it if wired backwards. So getting it wrong doesn't damage the LED but it won't light up either.

Luckily, I provide pre-wired LEDs so it's easy to tell which is the positive (anode) and negative (cathode) but if you are wiring up LED bulbs yourself, the longest leg is the anode and the shortest is the cathode. If you're not sure you can test the LED with a 3v CR2032 coin cell as this won't damage the LED. Any higher voltage or AAA/AA batteries should be tested with a resistor in the circuit (usually on the anode but it doesn't matter) to prevent damage to the LED. 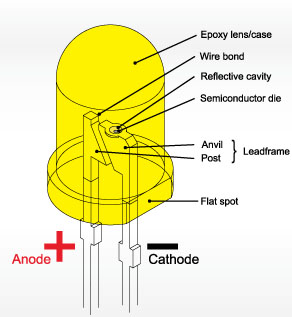 How do I use LEDs?

Although they may seem difficult to use and unfamiliar, LEDs are really quite easy, especially if you get them pre-wired with the resistor already soldered on.

All you really need is the LEDs in your choice of size, colour and voltage and a power source, usually a small battery box for model making. For model railways you would typically use 12v and some controllers come with a 12v DC output for lights.

What is a resistor and why do I need it? 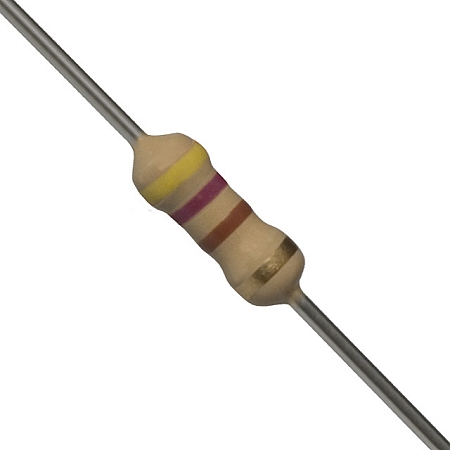 If you think of current in a circuit like water, flowing through your circuit it's always flowing, but adding a resistor reduces that flow and when calculated with Ohms Law to choose the correct value for the LED being used and the voltage being supplied you can reduce the current so it doesn't blow the LED.

I calculate this for you and at a suitable brightness for the majority of model making projects but if you want a reduced brightness just let me know.  You can add a note to the comments box during checkout.

I hope that this has proved useful and if you want more information about LEDs and using them in your scale model making projects then please have a look at out Beginners Guide to LEDs.